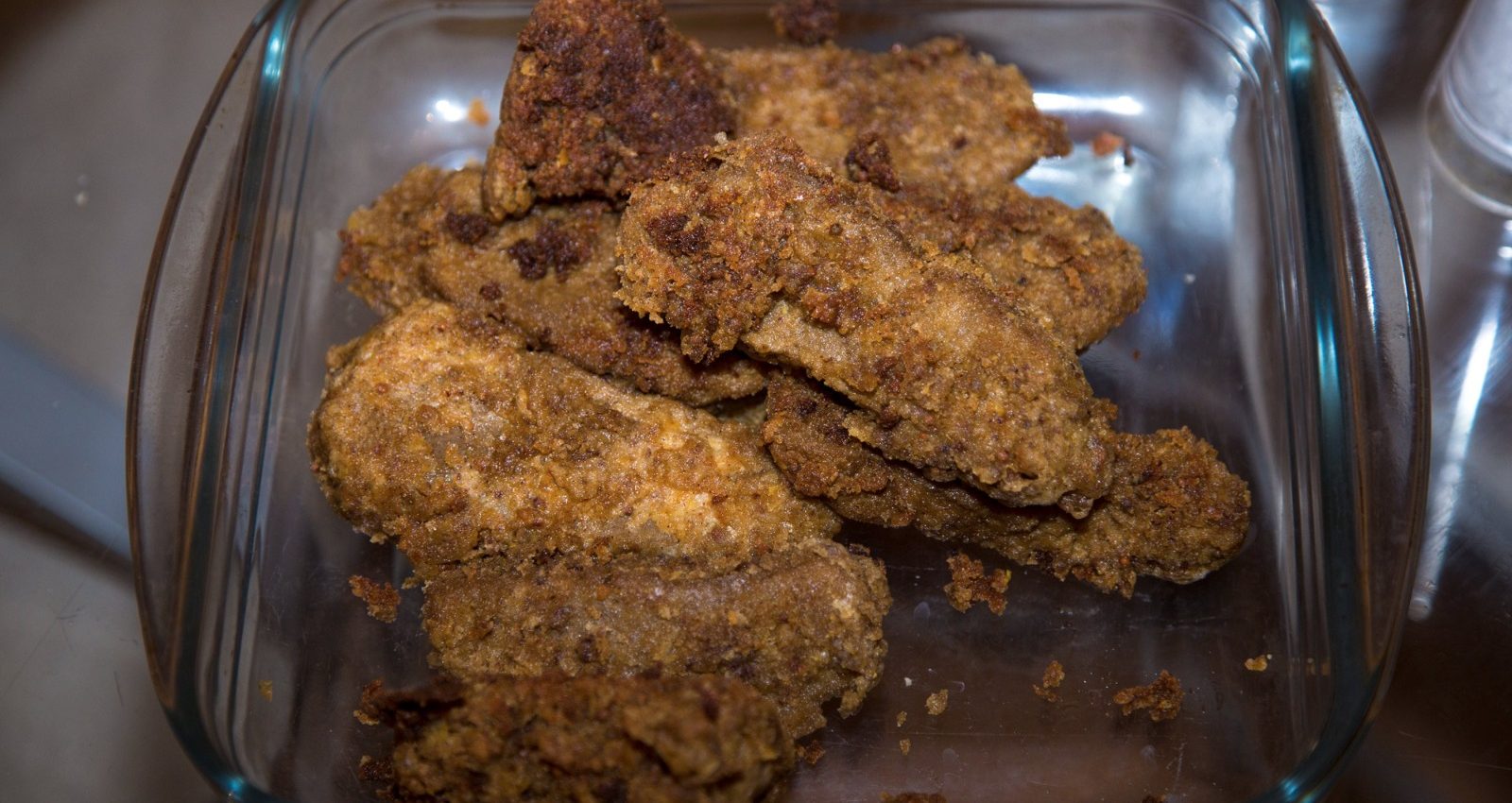 Peanut or Canola oil for frying ( or grapeseed oil)

1Combine all of the ingredients in a pot large enough to fit two large cutlets.

2Bring to a low simmer while making the cutlets.

1In a large bowl combine all of the ingredients except the wheat gluten and oil.

2Whisk to combine completely and then add the wheat gluten.

3Mix until just combined and then knead for 1 minute. Don't knead too long or the seitan will become tough.

4Divide into 2 and flatten and shape into cutlets.

5Drop into the simmering broth and cook for 15 minutes, flipping once in between. If they cook too long they will become tough.

6Keep the cutlets in the broth, but remove from heat and let cutlets cool in the broth while you prepare the dredging mixtures.

7Once you are ready, remove the cutlets and cut long, thin slices, 1/4 " thick from the cutlets.

1Combine all of the ingredients in a large shallow bowl.

1Combine all of the ingredients in another shallow bowl.

1Prepare a pot of canola or peanut oil (or grapeseed) and heat up to 360 degrees.

2Dip the tenders into the dry mix to coat, then in the wet, then back in the dry.

3Fry until golden brown, drain on a paper towel and sprinkle with salt.

1Once you have finished frying the tenders, pour out almost all of the oil except 1 tbl of oil and all the remaining bits that have been left behind.

2Over medium low heat, add the flour and whisk quickly as it absorbs all the moisture.

3Continue whisking for 1 minute to cook out the raw flour flavor.

4Slowly add the oat milk, while still whisking to keep from getting clumps.

5Add the salt, pepper and cayenne and bring to a simmer.

6Let simmer, while whisking to thicken and season with additional salt and pepper if necessary.