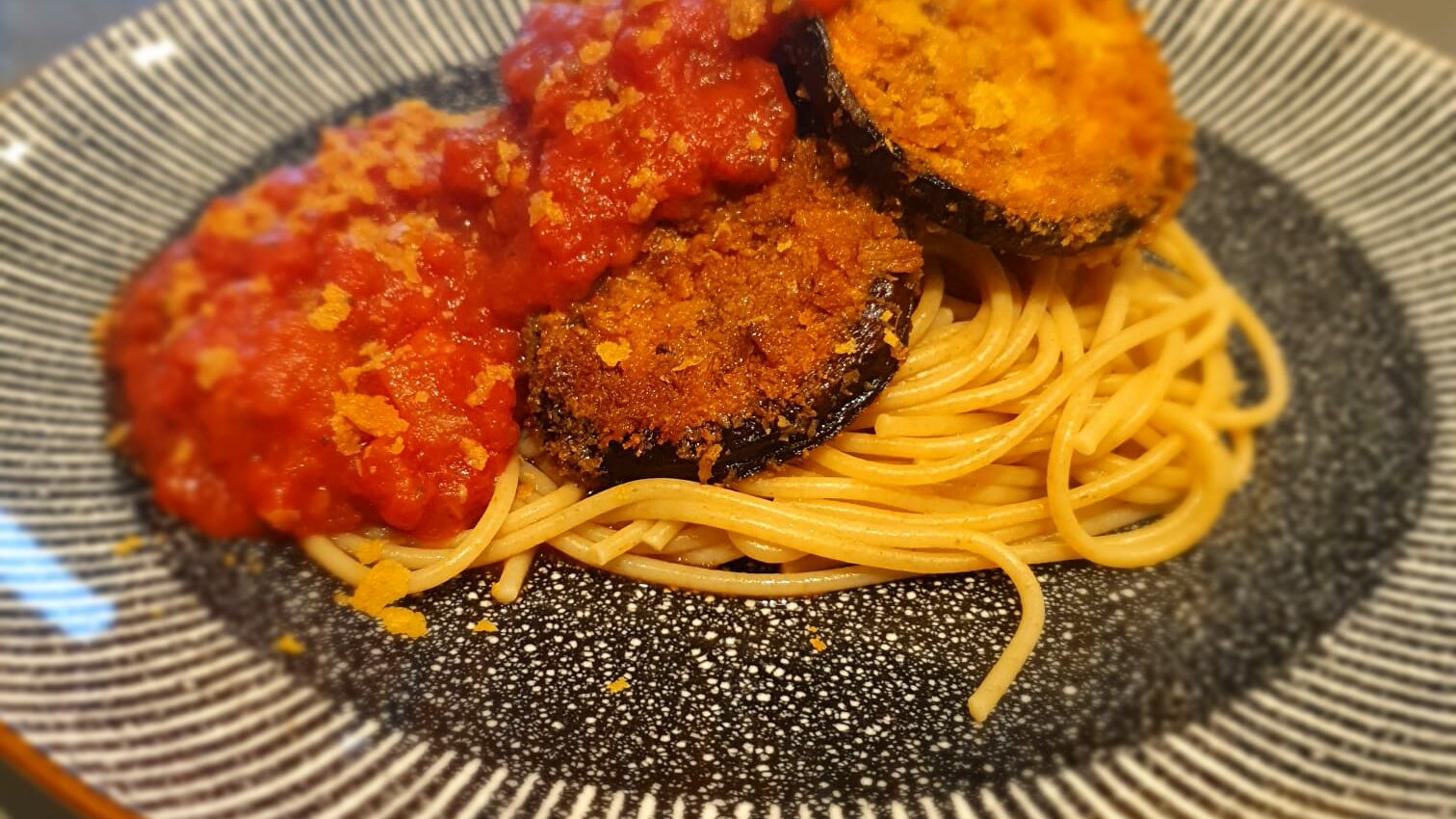 2Slice eggplant into thin rounds slightly less than 1/2 inch thick, and sprinkle each side liberally with sea salt

4Let rest for 15 minutes, then rinse and arrange on a clean absorbent kitchen towel. Top with another clean dish towel and lay a baking sheet on top. Place something heavy on top, such as a cast iron skillet, to thoroughly dry for at least 10 minutes

6Prepare your dipping stations by placing almond milk + cornstarch in one bowl; flour in another bowl; and bread crumbs, sea salt, oregano and vegan parmesan (or nooch) in another bowl

7Once thoroughly dry, dip eggplant slices in flour, then almond milk mixture, then breadcrumbs. Arrange on the baking sheet and pop in oven to bake for a total of 20-30 minutes.

8While the aubergine is in the oven, bring a large skillet to medium heat. Once hot, add 2 Tbsp oil and pull 4-5 aubergine rounds out of the oven at a time and sauté to give them extra crisp and texture. Cook for 2 minutes on each side until browned and then return to oven to continue crisping. Do this in batches until all rounds are browned

9Cook pasta according to instructions

*To make this extra tasty you can melt some home made vegan mozzarella on top of the aubergine just before serving
*To reduce the fat in this dish, you can omit step 8 where you fry the aubergine - it will still crisp up in the oven